I’m so pleased to be awarded in the top three for “Events Photographer of the Year 2020” with The Societies of Photographers.

I still can’t believe I’ve I won the “Events” category in my second year with The Societies of Photographers. I was more than pleased with Third Place in “Events” in my first year. Being an international society, there were entries from all around the world including Europe and Australia.

Corsham based Photographer Clive Greenland has been given a prestigious award.

The Societies of Photographers made Clive their 2019 Photographer of the Year in the “Events” category.

He beat thousands of others from around the world to take the top prize.

The image of a Swiss Air Force F/A-18C Hornet was taken at the Royal International Air Tattoo (RIAT) in July 2019.

“It’s really something to get internationally recognised for all the hard work to get that special shot,” he said. “Receiving the award trophy and prize was unexpected but very exciting!”

The judges said: “This well caught image with great tonal range shows off the authors ability to capture the beauty of this aircraft during RIAT’s air show event.”

I was pleasantly surprised that Wiltshire Life Magazine through English Heritage used my image of Milky Way over Stonehenge in their December 2019 edition.

Historic Photographer of the Year 2019

Short listed with my photo of the Milky Way over Stonehenge.

Stonehenge glowing under the Milky Way in the early hours of 7th August, 2019. Stonehenge’s age of 4,500 years old is insignificant compared to the current estimate of 13.5 billion years of the milky way.

The image was shoot from a permissible footpath on Stonehenge boundary fence. One single image with light painting of the stones to obtain the correct exposure for the stones, the stars and the milky way. The ideal was to capture a simple but powerful image of the iconic stones in one take to avoid merging many images in Photoshop or Lightroom (LR). The image was shot in raw and processed in LR. Full frame camera with 24 mm prime lens f/1.4, settings: ISO 1600, f/2.2, 10.0 sec, Custom kelvin (white balance) set in camera to 3700K, manual focus and remote release. 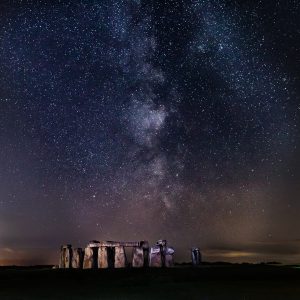 I was really pleased to see my photo of the Milky Way over Stonehenge printed in the Daily Star newspaper today after winning an award ran by The Societies of Photographers. 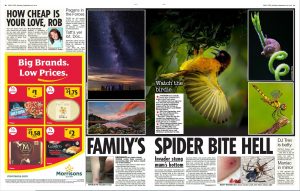 Apollo 11: Partial lunar eclipse on 50th anniversary! Photo taken directly outside my home in the highway under street lighting!

I was pleasantly surprised and excited that my image of the Milky way over Durdle Door in Dorset, UK was awarded  highly commended and shown in the Mail Online on 20th May, 2019. I also received two other highly commended awards in The International Natural World Photography Competition shown below. 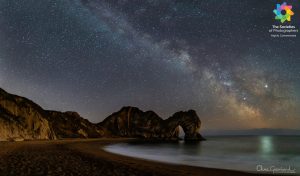 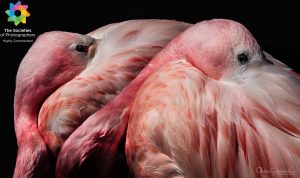 Live interview on the Graham Seaman lunchtime broadcast to discuss the nomination for Photographer of the Year with The Societies of Photographers. 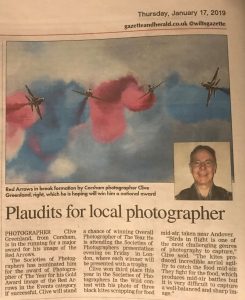 This photo of three black kites scrapping for food mid-air in Andover won third place. Birds in flight is one of the most challenging genres of photography to capture. The Kites produced incredible aerial agility to catch the food mid-air. They fight for the food, which produces mid-air battles but it is very difficult to capture a well balanced and sharp image’

Back to Home Page
Scroll Up
error: Content is protected !!